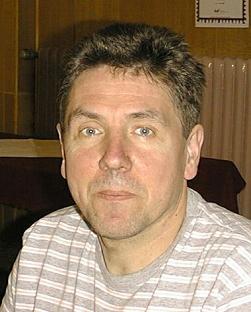 I grew up in a small town in Germany with pretty dark sky. At an age of 10 my interest was turned to astronomy by radio broadcasts. Since then I have been observing with growing apertures, starting with sketches of star fields using a 1.5-inch. I started to collect literature and data on deep-sky objects (Messier, NGC, IC), which were not easy to get at that time. My preference for science led me to study physics and mathematics in Aachen and Freiburg, later specialising in relativistic astrophysics and general relativity. Since 1976 I have been a member of a number of astronomical organizations. In 1984 an amateur observatory was build on the Schauinsland near Freiburg at 1250 m. With a 14-inch Schmidt-Cassegrain I observed many deep-sky objects, especially quasars and groups of galaxies, publishing catalogues of both classes (`Catalogue of Bright Quasars and BL Lacertae Objects' and `Catalogue of Galaxy Groups').

My long-term interest in deep-sky data - and errors in them - led to the compilation of the `Revised NGC/IC', first published in 1996. I shared my results by joining the international NGC/IC-Project as a core team member in 1997 (see http://www.ngcicproject.org/). The latest version of my catalogue is included in astronomical software like SkyMapPro or Guide.

Since 2000 I am the leader of the German Fachgruppe Deep-Sky (association of deep-sky observers), which promotes contact, cutting-edge observing projects and an annual deep-sky meeting. I'm on the editorial staff of the magazines `Interstellarum' and the new `VdS-Journal fur Astronomie'. The latter is the official publication of the Vereinigung der Sternfreunde (VdS), the largest German amateur organisation with over 4000 members. I have been a board member since 2001, responsible for publications, public relations
and a news service.

Besides frequently giving astronomical talks and courses, I'm working on various projects, such as the `Leo Minor Galaxy Catalogue', a historic investigation about `Extragalactic Objects Discovered as Variable Stars' (now available as a Webb Society publication - see LINK, or the upcoming `Deep-Sky Book'. Most of this is available on my homepage (see http://www.klima-luft.de/steinicke). The history of deep-sky objects and observers is one of my present favourites. This can be pleasantly combined with travelling in visiting old and new observatories, but practical observing remains important, so I take time to watch the deep-sky with my new 20-inch Dobsonian from the Schauinsland.

I joined the Webb Society in 2001. My various activities and international contacts will be helpful for my future work as Director of Nebulae and Clusters Section, especially having to follow Steven Hynes!